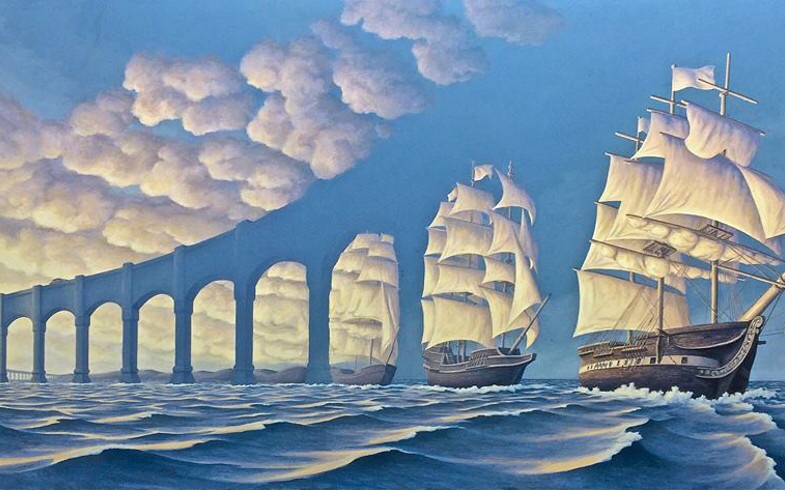 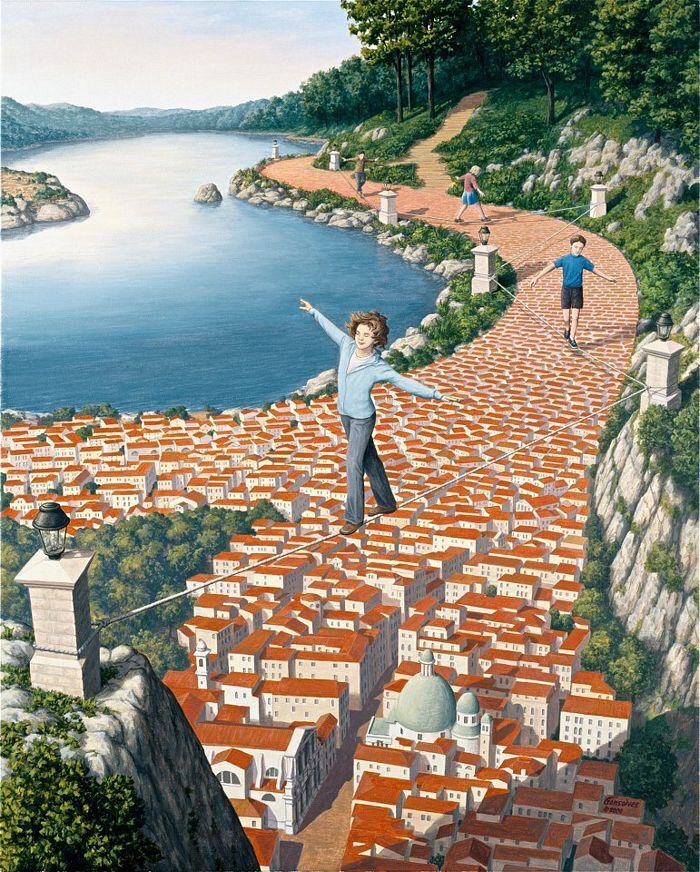 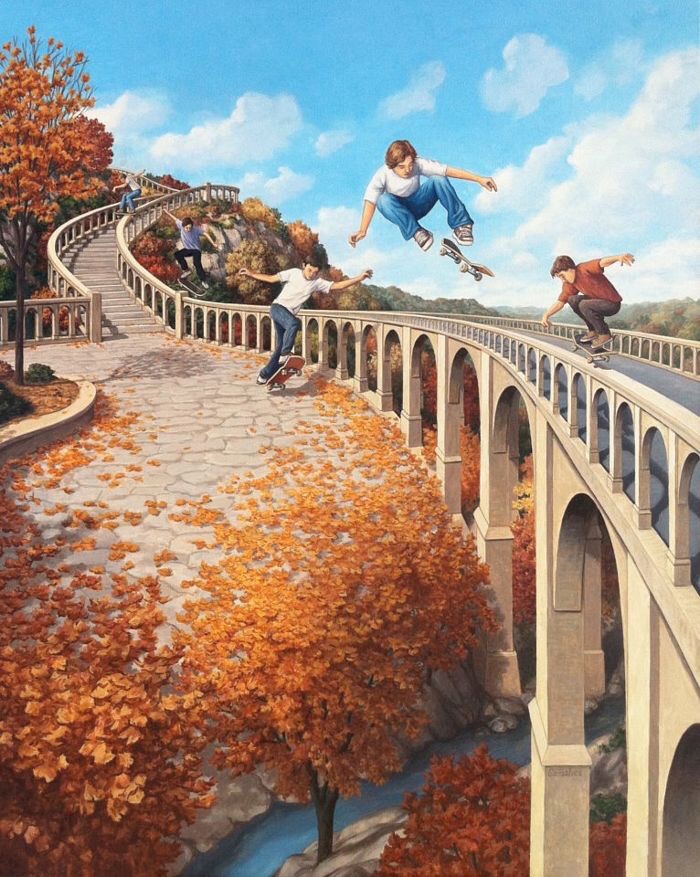 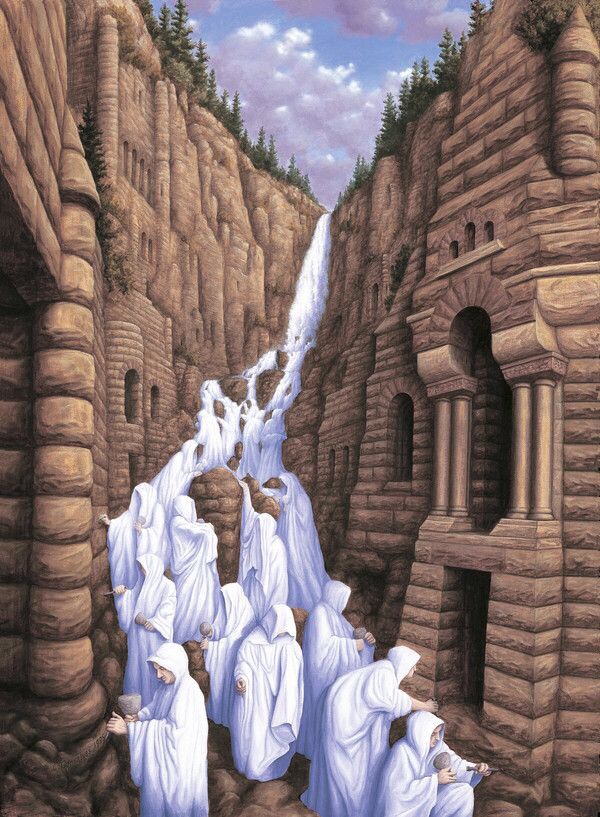 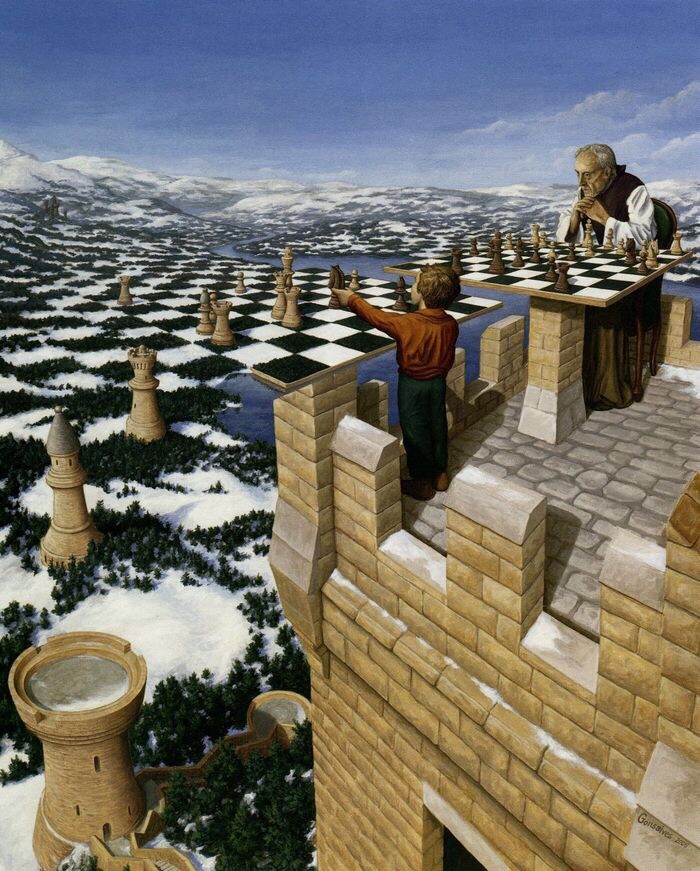 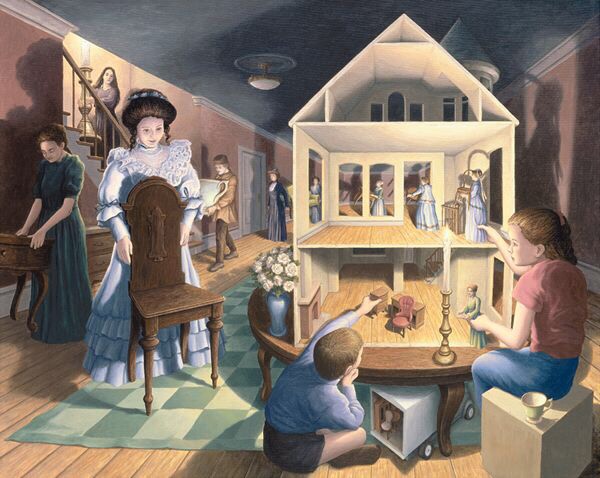 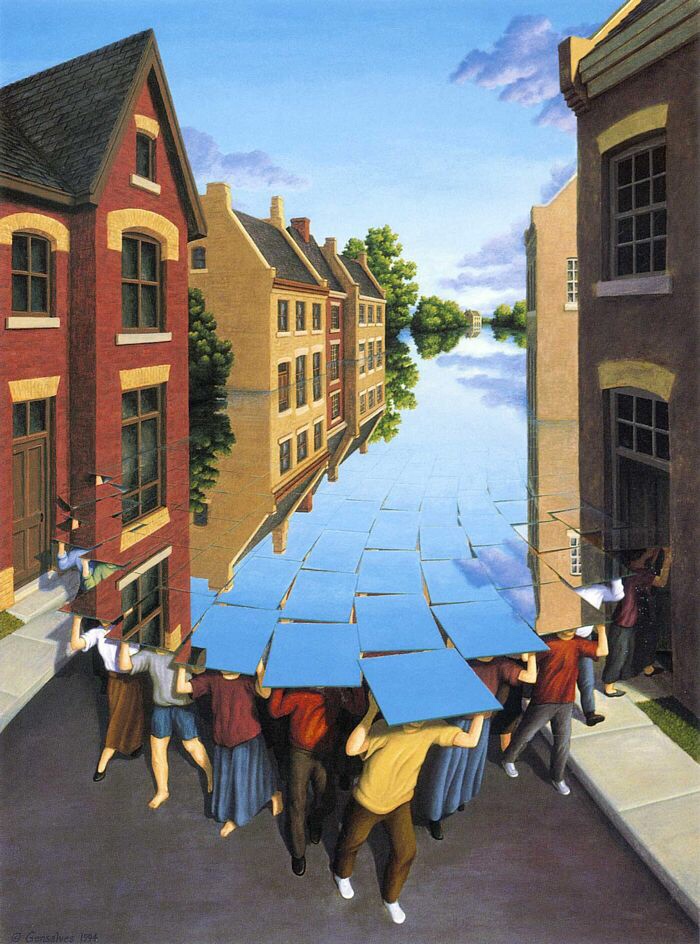 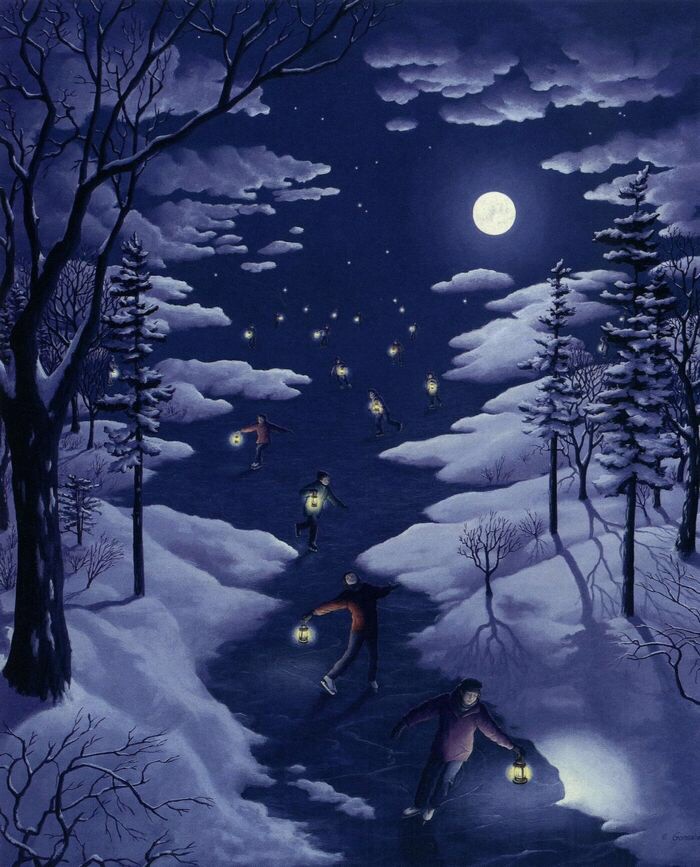 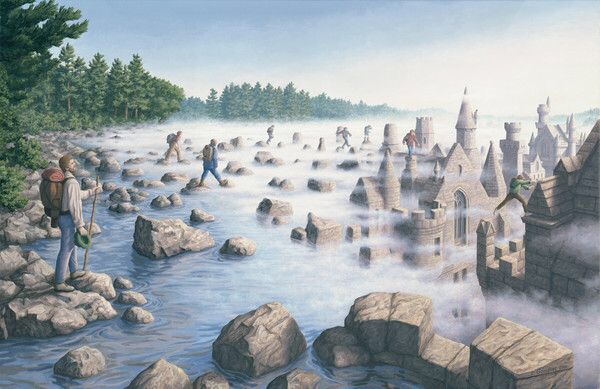 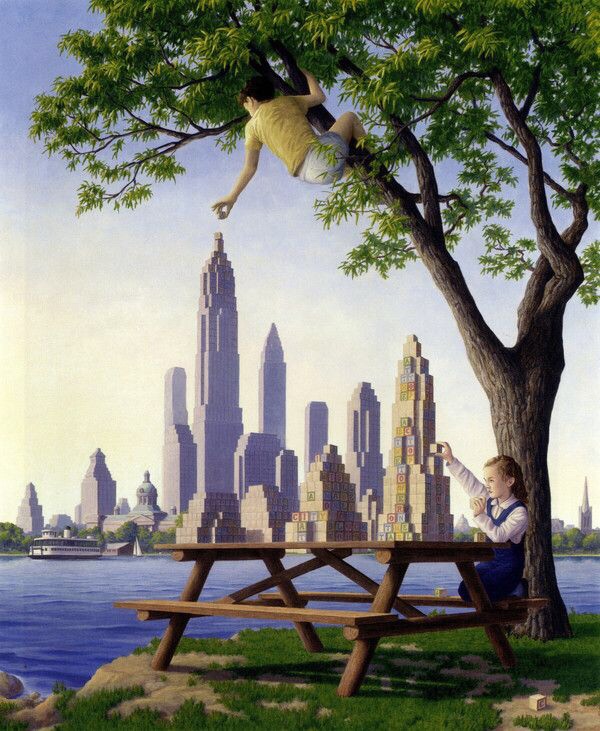 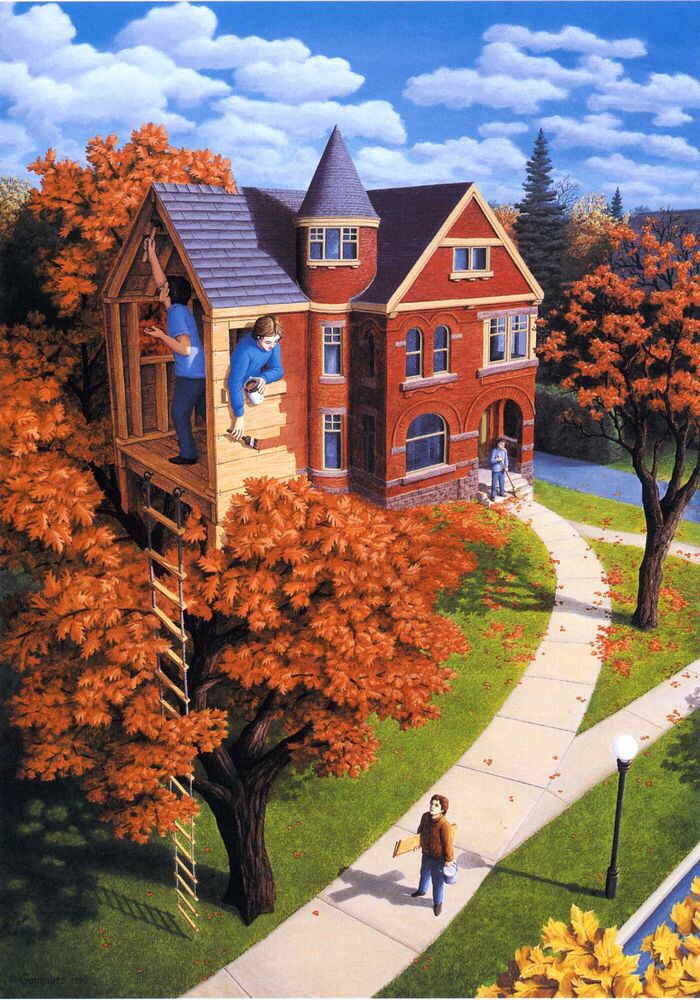 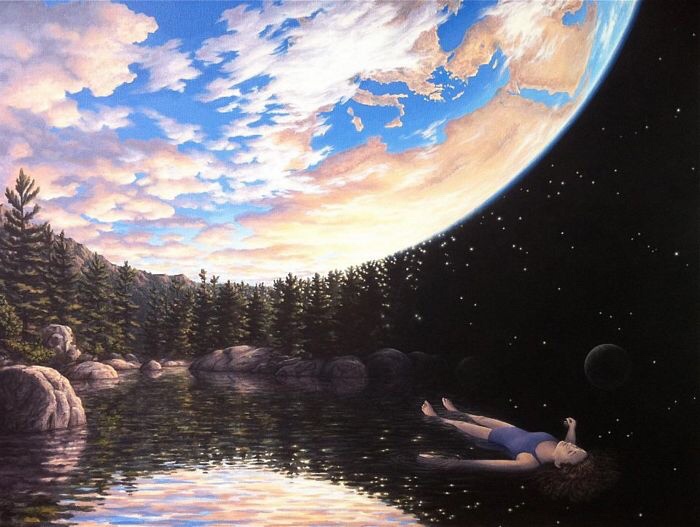 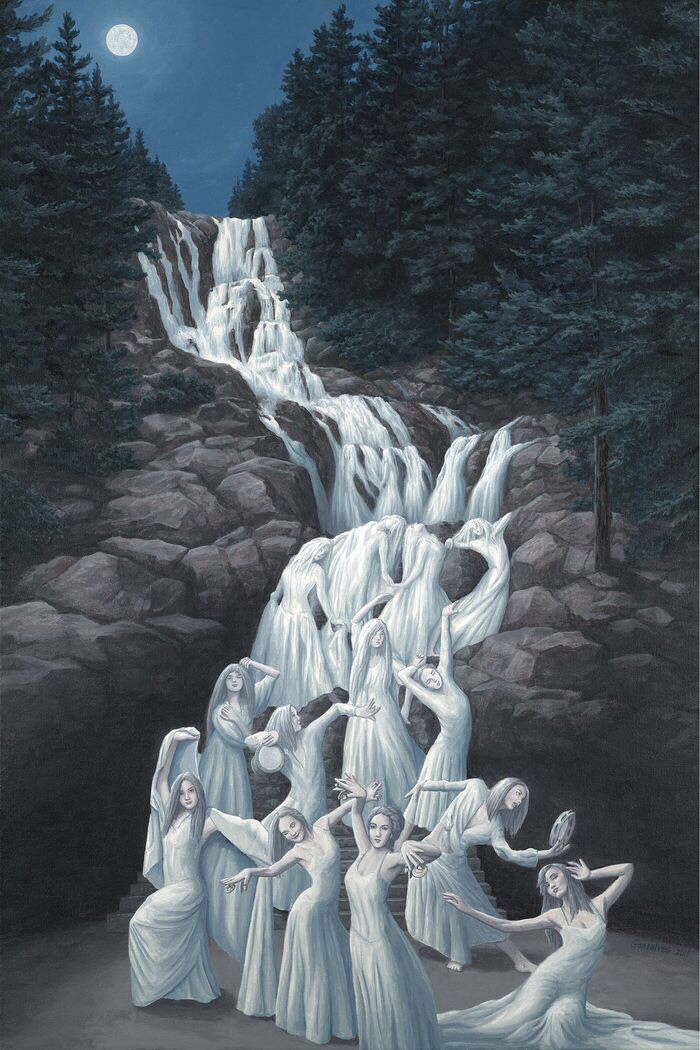 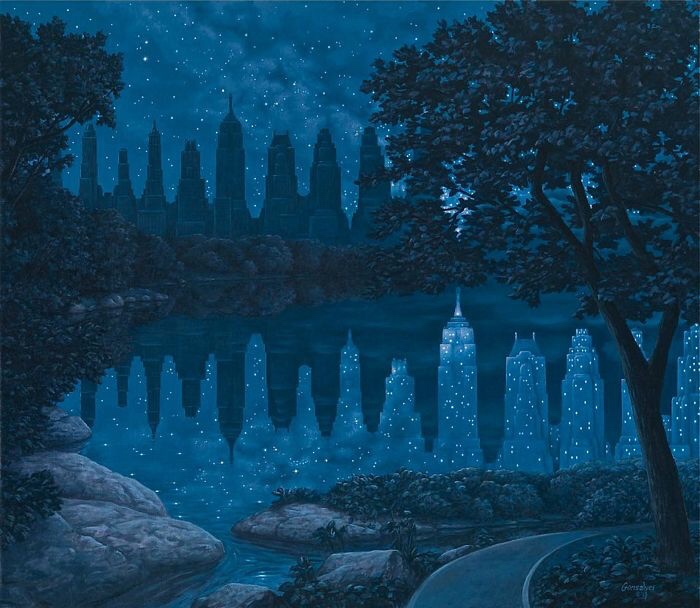 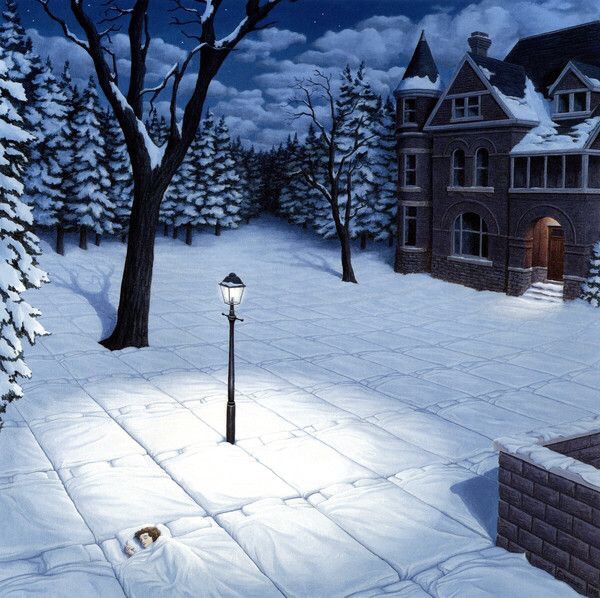 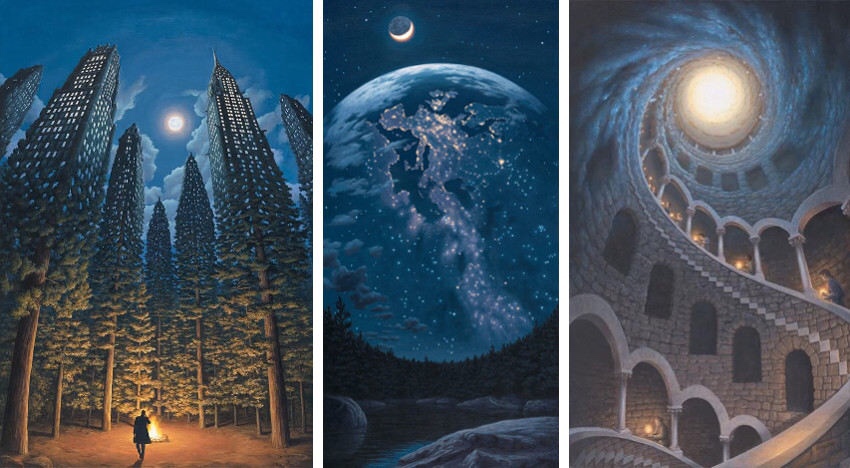 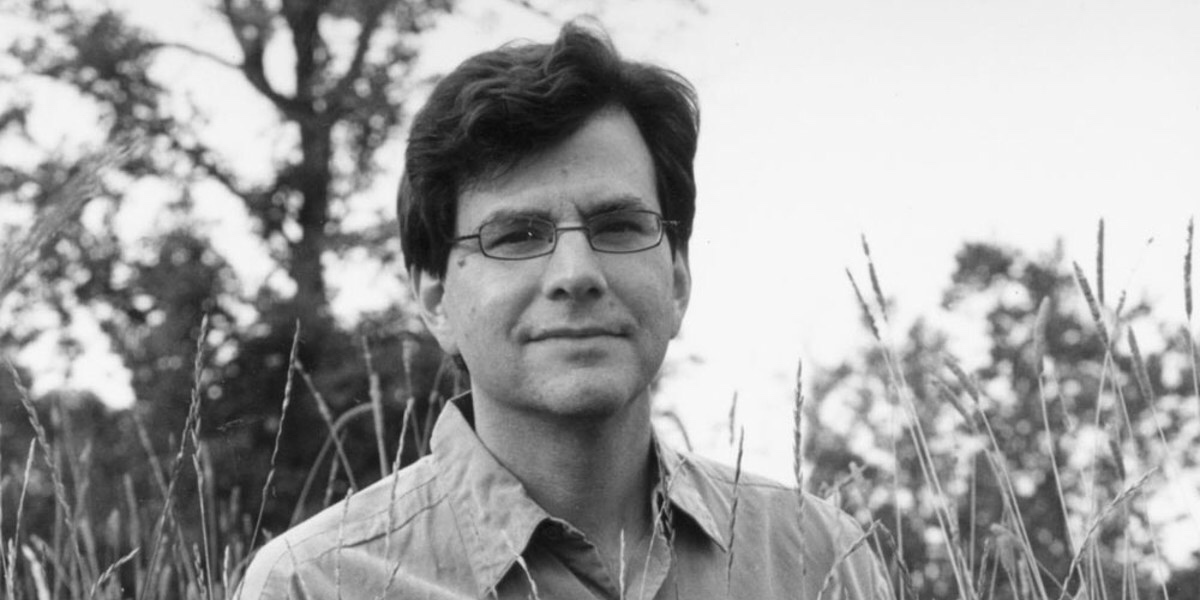 He produced original works, limited edition prints and illustrations for his own books.

Gonsalves was born in Toronto, Ontario. As a child, he developed an interest in art. By the age of thirteen, his awareness of architecture grew as he learned perspective techniques and he began to create his first paintings and renderings of imagined buildings. After an introduction to artists in his thirties Escher, Dalí, and Tanguy, Gonsalves began his first surrealistic paintings. The "Magic Realism" approach of Magritte along with the precise perspective illusions of Escher came to be influences in his future work.

In his post college years, Gonsalves worked full-time as an architect, also painting trompe-l'œil murals and theatre sets. After an enthusiastic response in 1990 at the Toronto Outdoor Art Exhibition, Gonsalves devoted himself to painting full-time.

Although Gonsalves' work is often categorized as surrealistic, it differs because the images are deliberately planned and result from conscious thought. Ideas are largely generated by the external world and involve recognizable human activities, using carefully planned illusionist devices. Gonsalves injects a sense of magic into realistic scenes. As a result, the term "Magic Realism" describes his work accurately. His work is an attempt to represent human beings' desire to believe the impossible, to be open to possibility.

His book Imagine a Place was released in 2008. He released another book, Imagine a World, in September 2015.

Gonsalves was a founder and member in good standing of the Fellowship of the Gourd and the Arrow.

In 2018, Ariana Grande released a music video for her song 'God is a Woman' in which one scene referenced Gonsalves' paintings "Water Dancing" and "Carved in Stone."